← more from
Lugnut Brand Records
Get fresh music recommendations delivered to your inbox every Friday.
We've updated our Terms of Use. You can review the changes here.

How Could I Right All My Wrongs? 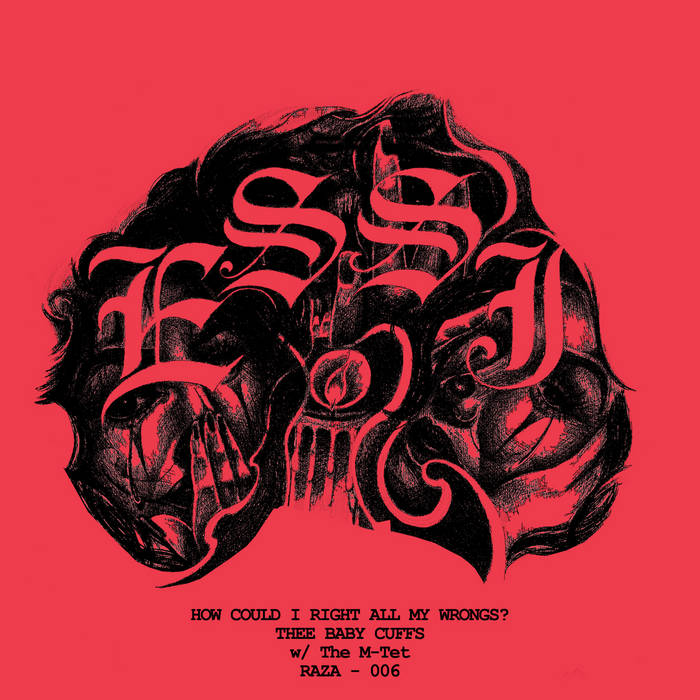 This ain't no Oldie... But since everyone is cutting Sweet Soul, Chicano Soul etc. Thee Baby Cuffs takes you on a trip, deep inside thee Chicano's soul, where it hasn't always been so sweet.

"How Could I Right All My Wrongs?" was inspired by a quote in Art Villarreal's 1991 SJSU Master's Theses, and songwriter and producer J.M. Valle's own personal experiences.

"PCP came in, and that hurt us. I don't know if it was a conspiracy because, after the LA Moratorium, San Jose becomes the PCP Capital of the World. I say it right now, it was planted... It was planted by the man!" - Quote from Henry Dominguez from San Jose State University, Master's Theses, 1991, Black Berets for Justice, by Arturo Villarreal

Ruben Salazar was a bilingual Chicano Activist and Mainstream English and Spanish TV and Newspaper journalist. Ruben was assassinated during the Chicano Moratorium protests addressing the over-representation of Chicanos in the Vietnam War on August 29, 1970, in East Los, Califas. Born in Mexico, often quoted, and largely responsible for our collective Chicano thought today.

Shortly after the Chicano Moratorium, barrios all across Califas were flooded with PCP, a highly addictive psychedelic. PCP and other psychedelics were introduced by the US Government in the Haight Ashbury District in San Fran, Califas to neutralize Anti-Vietnam War efforts into a counterculture of freeing the mind yet too high and burnt out to start the revolution.

The story of Ruben Salazar defies ideals today that one has to be born in the US in order to be Chicano, raises the strengths of versatility marketing to both English and Spanish audiences and realizing just how much of a threat we as a Raza are when able to do so, and to do so unapologetically, strategically and massively.

PCP was a barrio epidemic during the 1970's and 1980's and La Chicanada has virtually disappeared from both Mainstream English and Spanish TV and Newspapers ever since.

Originally recorded during the “Where Did
Our Pride Go” sessions.

Rendition of an instrumental titled "Group
1987" by Silk Rhodes with original song
lyrics.

Music by The M-Tet recorded on multi-track cassette tape by Chris Lujan at Lugnut Brand HQ, Pittsburg, Ca during the “Where Did Our Pride Go” sessions

Mastered to 1⁄2 inch tape on an AMPEX 350 by Josh Llewellyn at Downbeat Mastering in Auckland, New Zealand

Pressed by Mus-I-Col in Columbus, Ohio

Cover version and or rendition re-titled as “How Can I Right All My Wrongs?” re-written and re-arranged by J.M. Valle © ℗ Raza del Soul ASCAP

This San Francisco based instrumental classic soul group “wants to blow your mind with some old-school funk!” (KPFA DJ, author, and funk music historian Ricky Vincent). Rooted in the sound of '60s organ-based R&B made famous by Booker T. & The M.G.’s and The Meters, The M-Tet offers an “old-school heat in a new-school package (Larry Grogan, Funky 16 Corners)." ... more

Bandcamp Daily  your guide to the world of Bandcamp

sndtrak stops by with an Album of the Day Feature of his most recent release, FLIPS V1: Triple Lindy