← more from
Lugnut Brand Records
Get fresh music recommendations delivered to your inbox every Friday.
We've updated our Terms of Use. You can review the changes here.

Where Did Our Pride Go (vocal b​/​w instrumental) 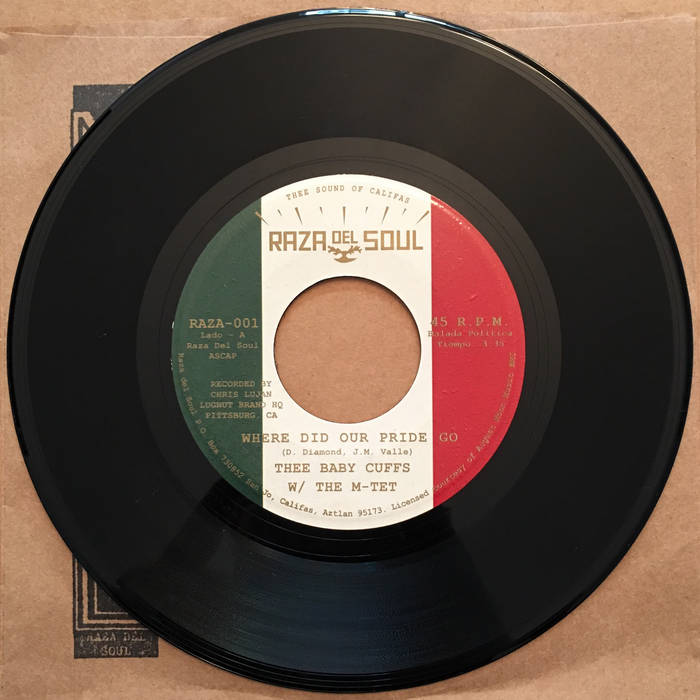 Raza del Soul debut's a cold chilling rolita that convicts the cora for self determination, captures our cries of oppression, and rally's against Trump during anti-presidential inauguration protests nationwide.

Thee Baby Cuffs cut a killer rendition of Larry Sanders', "Where Did Peace Go", a rola that has stood the test of time with re-worked lyrics that translate into the conditions Raza are faced with today.

Dope infested streets, prison life and the burden of feeling like foreigners in our own land. Wronged by the voting system, neutralized by the FBI, doped up by the CIA, and a pride lost by our current generation. A cold stare in the mirror.

Killer bass line, hammond organ that'll take you to church, piercing drums, wicked guitar, horns that'll call your name, sweet soul vocals and all the oohs and aahs that come with it! Recorded analog, and brewed to harmonic perfection.

Includes unlimited streaming of Where Did Our Pride Go via the free Bandcamp app, plus high-quality download in MP3, FLAC and more.

This San Francisco based instrumental classic soul group “wants to blow your mind with some old-school funk!” (KPFA DJ, author, and funk music historian Ricky Vincent). Rooted in the sound of '60s organ-based R&B made famous by Booker T. & The M.G.’s and The Meters, The M-Tet offers an “old-school heat in a new-school package (Larry Grogan, Funky 16 Corners)." ... more

Bandcamp Daily  your guide to the world of Bandcamp